Middleware are a series of functions that are executed before an HTTP request reaches the route handler. Using middleware, you can perform different actions like: 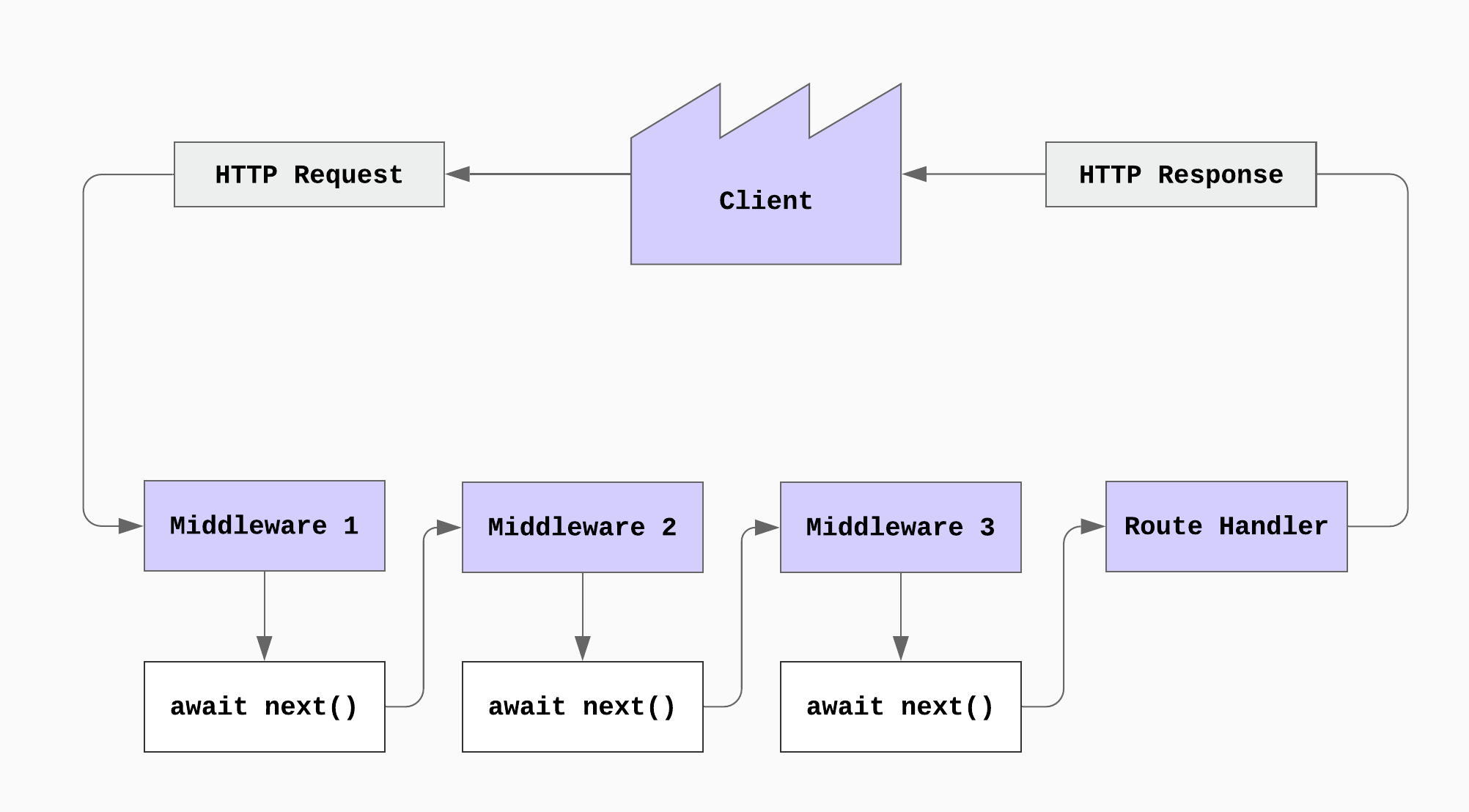 For demonstration, let's create a middleware for finding the user country from their IP address. The middleware lives inside app/Middleware directory and just like controllers, they are also vanilla JavaScript classes.

A lot is going on above, let's decode it step by step.

If you are following along this guide, you would have noticed that TypeScript complains when trying to add a runtime property country to the request object as shown in the following image.

If you have used TypeScript previously, you may have faced a similar situation when trying to extend values at runtime. Infact, this is true for any statically typed language.

Since, one of the goals of AdonisJS is to be extensible, we have put enough thoughts into letting you easily extend static types. To do so, let's create a new file request.ts inside the contracts folder.

Open the newly created file and paste the following code snippet inside it. After that, TypeScript will stop complaining.

Route middleware works the same way as the global middleware, its just that you execute them on specific routes vs executing them on every single HTTP request.

A great candidate of this is an Access control middleware, that you want to apply only on a subset of routes. For demonstration, let's create a middleware to selectively enforce access control.

The first step is to create and register the middleware inside start/kernel.ts file. This time we need to register it as a named middleware.